“It’s a truth universally acknowledged” that employees resent meetings and try their best to avoid attending them. Surveys show that as much as fifty percent of people in an organisation believe that they are a waste of time. Executives can spend up to 20 hours a week on them. They interfere with productivity; time spent could have been put to better use. But, no enterprise, big or small, runs without periodic meetings.

Still, when asked if meetings should be abolished altogether, the same number of people reply that it would not be a good move. They feel that meetings are essential for maintaining a democratic spirit. Ideas should be aired, discussed and modified by groups of people; otherwise, the management style will be seen as autocratic.

Two factors are at work.

1. Parkinson’s Law of Triviality — Meetings have agendas. Items on an agenda vary in importance from critical to trivial. Professor Northcote Parkinson, him of the much quoted, eponymous law, also described a constant characteristic of meetings: The Law of Triviality. 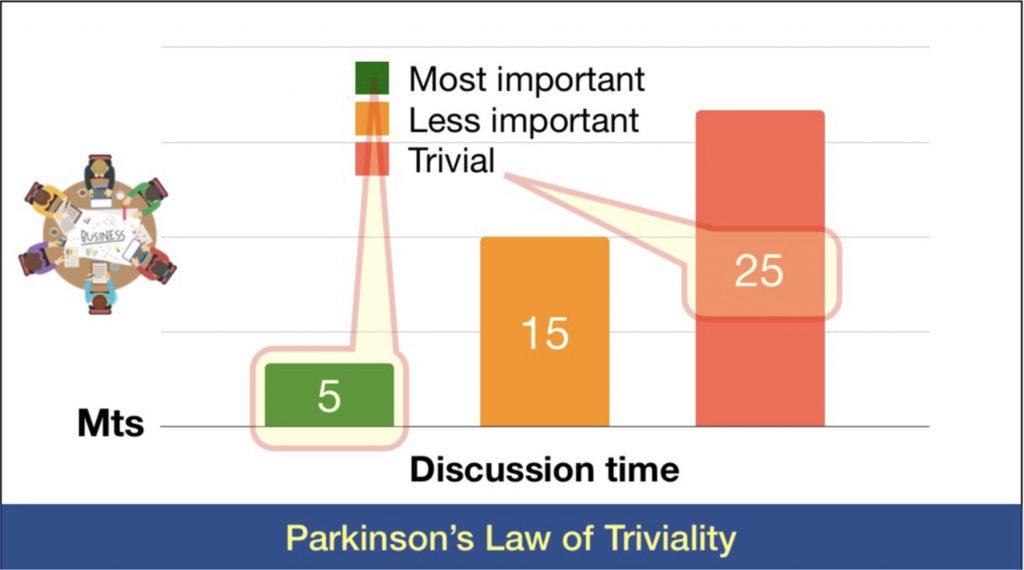 There is an inverse relationship between the importance of an item and time spent on discussing it. Plans for a large investment on a major expansion will get passed over in a few minutes whereas a half hour or more will be spent on arguing about a new coffee dispenser in the lounge. It’s easier to talk about something that you are familiar with than something beyond your knowledge limits. (This law is also called “ the bike-shed effect ” based on a popular anecdote.)

2. More People, Less Effective the Meeting: There is also an inverse relationship between the number of people attending and effectiveness of a meeting. 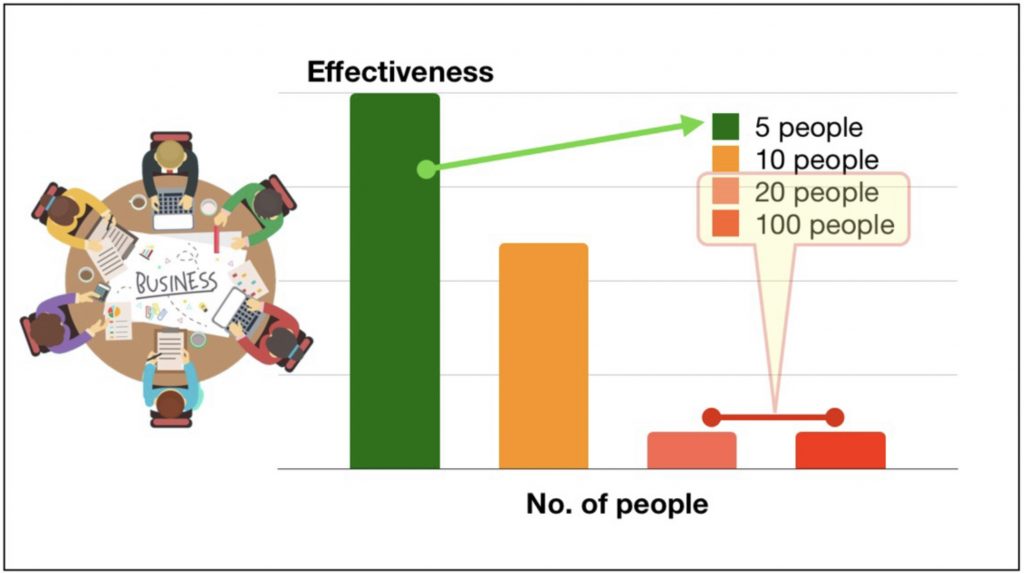 The optimal number is 5. As the number increases, meetings become more and more unproductive. At 20, chaos reigns; from here on — 20 or a 100 — the number in the room doesn’t make a difference. It’s imperative that only those who can contribute effectively to the discussion be invited to take part. This is one element that is seldom carefully addressed.

The challenge, therefore, is to structure meetings to make them matter.

First, and For Ever, No “PowerPoints” 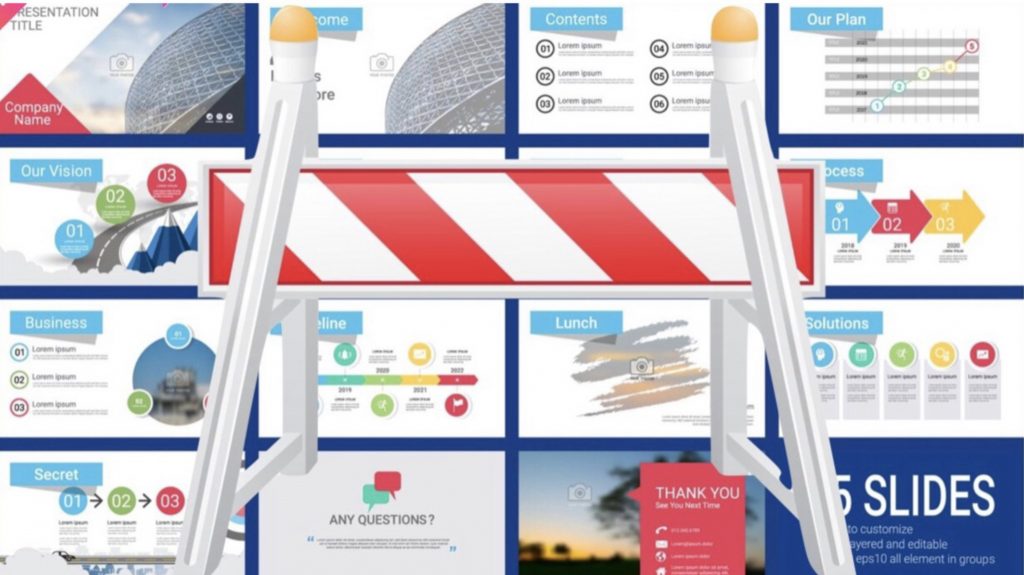 Jeff hates PowerPoint (or any other flavor) of presentation app. He believes that “ Powerpoint-style presentations somehow give permission to gloss over ideas, flatten out any sense of relative importance, and ignore the interconnectedness of ideas. ”

That’s an earth-shaking diktat for all of us who automatically reach out for these tools when making a presentation.

The man says, in a much-quoted memo that he sent out: “Well structured, narrative text is what we’re after rather than just text. If someone builds a list of bullet points in Word, that would be just as bad as Powerpoint. The reason writing a good 4 page memo is harder than “writing” a 20 page Powerpoint is because the narrative structure of a good memo forces better thought and better understanding of what’s more important than what, and how, things are related.”

The fundamental argument is not so much about the medium itself — Powerpoint or written document — as the need to think critically and clearly. 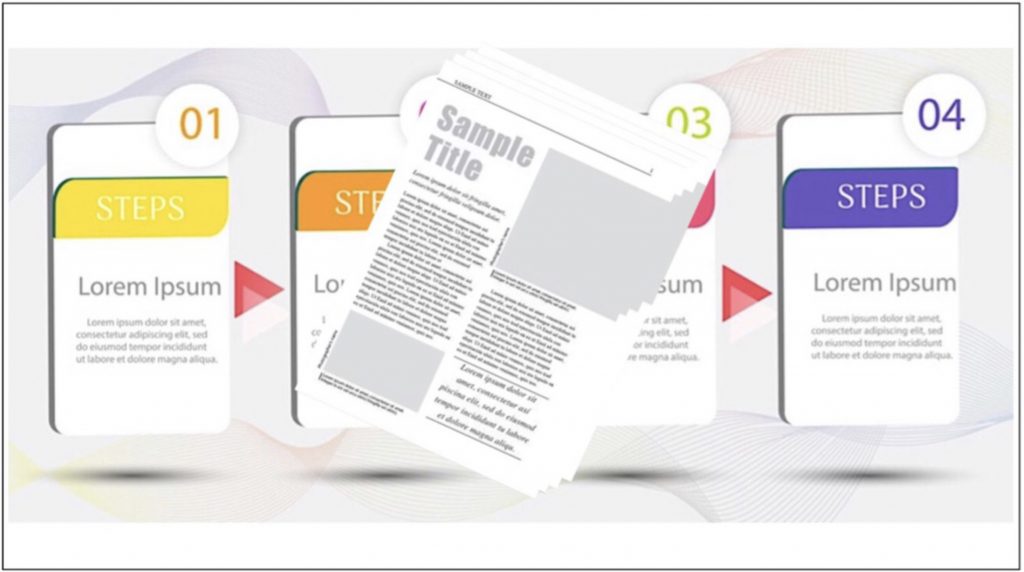 The person or group responsible for the meeting, spends a good amount of time producing a 4-6 page, tightly reasoned, carefully worded, written narrative. (More on how to do this in another post).

Step 2: All Those Needed for the Meeting Gather at an Appointed Time.

Step 3: Read the Narrative for 30 Minutes.

The document is NOT distributed ahead of time.

Everyone present now gets a copy of the document and spends 30 minutes in silent reading. They note down their observations, comments, opposition and so on, now.

Wouldn’t it be more efficient if the document were to be given in advance? No, says Bezos; “Just like high school kids, executives will bluff their way through the meeting, as if they’ve read the memo, … you’ve got to actually carve out the time for the memo to get read — and that’s what the first half hour of the meeting is for.”

The document is used as the anchor for all that follows. It’s easy to keep all members tightly focused on the task at hand with everyone being on the same level of knowledge about the agenda. The event acquires both magnitude and direction.

Meetings have been given a bad rap. Some of the reasons are valid. In order to extract maximum effectiveness, Jeff Bezos of Amazon uses an unique structure for all meetings in his organization. In summary, here’s how he does it.

The sole purpose of meetings is to create change, hopefully for the better. Like any tool, meetings are neither good nor bad in themselves. It’s how we use them that matters.

“The meeting of two personalities is like the contact of two chemical substances: if there is any reaction, both are transformed.” ― Carl Gustav Jung