Like ice cream, anger comes in many flavours: annoyance, resentment, genuine anger, rage and wrath. As the grade goes up, your awareness of the state drops proportionately. When you rage, you are out of control and beside yourself. You want to destroy things at hand.

Anger always gets a bad press. It’s seen as a dark emotional state, best avoided or kept under control. But, it is a tool evolution has built into us for survival. A lot of humankind’s achievements would not have been possible if there was no impetus from an event that provoked anger. Think about Gandhi in the train in South Africa, Martin Luther King and his sense of outrage at the treatment of African Americans. There are very many examples.

The key, though is in being able to recognise anger and work with it, if not immediately, at least while reflecting on the episode. Ask yourself questions. Probe till it hurts. Go into dark spaces.

“Anybody can become angry — that is easy, but to be angry with the right person and to the right degree and at the right time and for the right purpose, and in the right way — that is not within everybody’s power and is not easy.” ― Aristotle

We could be working for a particular benefit. Obstacles in the path can make us angry. Harvest this energy as fuel for pushing harder towards the goal.

Funnily, studies show that angry people are, in a way, similar to happy people. They tend to be optimistic about outcomes. The feel that the energy derived from anger can be channelled towards reaching their goal.

People in close relationships tend to suppress or hide anger; this is not good. The other party may be unaware of the problem and continue to do nothing towards mending the situation. Expressing anger can be an effective way of communicating what’s in your mind. Healing of wounded relationships can be a pleasant outcome of outbursts of feeling.

When we reflect on the cause of anger, it is not unusual to see an act of injustice at the root. There are any number of examples in civil society where inequality evokes a sense of indignation and gives us the energy to take action in the direction of correcting this state. The “colour revolutions” of the Middle East were provoked by deep-seated anger at the injustice prevailing in those countries.

Anger is a Useful Negotiating Tool

Exhibiting anger sends signals to the opposite party in a negotiation that you have strong sentiments about some issues. They can sense that you will not budge and may agree to a settlement that respects this position.

Anger can Give Deep Insights into Ourselves

If one has the emotional intelligence to reflect on the episode, we may be able to see aspects of ourselves that we didn’t sense. Reflection can lead to change in our behaviour and improvement of wellbeing. 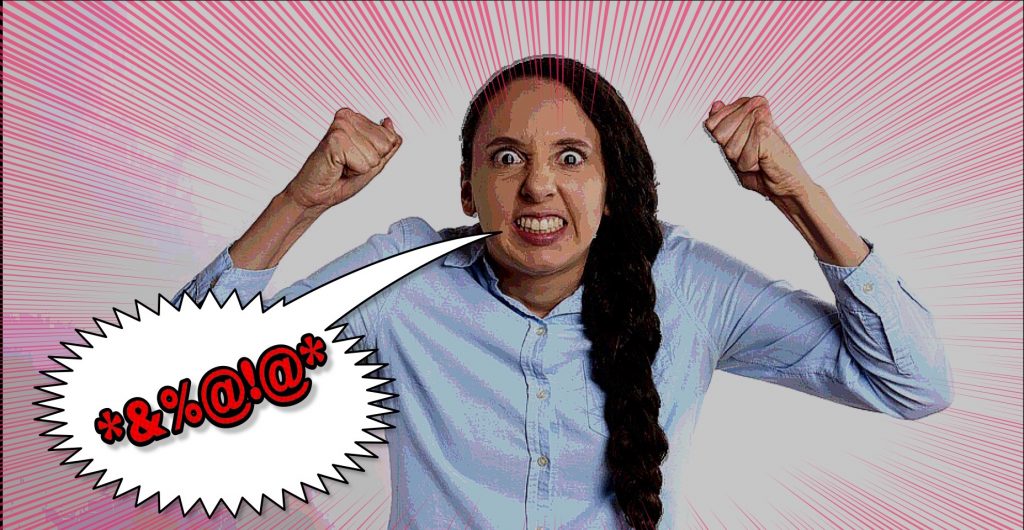 Anger can cross the threshold where people are aware of themselves. Rage is an animal instinct. The emotional state may escalate from shouting and swearing to throwing things and breaking handy articles. Dealing with fury requires an understanding of the mind of the person.

We could learn some tricks from hostage negotiators who are specifically trained to defuse explosive situations.

Let the person vent. Allow emotions to pour out without interruption.

Don’t stop them during the flow.

Raging people are functioning from primitive centres of the brain. Don’t expect them to be capable of rational thinking. Don’t interrupt them with your comments, questions or recommendations.

3. Refrain from judging and labelling

Passing judgement on their actions will heighten rage. “You should have done this…”; “You shouldn’t have said that …”: won’t work. They will not accept criticism in this highly charged emotional state. It will only serve to worsen rage.

4. Show that you are with them

5. Let them make an action plan

When a reasonable degree of calm is restored, now draw them into saying what they feel should be the way forward. Let them list the steps. Gently nudge them in positive directions. Establish the feeling that the ideas are coming from them, not you.

“Anger is an acid that can do more harm to the vessel in which it is stored than to anything on which it is poured.” ― Mark Twain